Video Marketing – Put a Face to Your Brand

Some of the best marketing in the world takes place without a great deal of hype.  It focuses on selling an idea, a personality and an image rather than an actual product.  It is personal, engaging and has a strong human element.  This is why video marketing is such a powerful tool for brand building and consumer outreach.  When I saw the below video featuring the president of Bigelow Tea, Cindi Bigelow, I was nothing short of impressed.  She took the time to meet with people on the streets of New York to talk to them about what kind of tea they drank.

This is a great example of Business to Consumer (B2C) video marketing.  From a business perspective, the impact from this video marketing campaign isn’t on the street.  While those people who were able to interact with the president of the company will feel the warm and fuzzies of meeting such a person, the real impact comes in the release of the video.  When the content is shared online and optimized to ensure it is found, it becomes a topic of conversation that spreads.

Others see the very real, human, unscripted interaction of the president of the company.  It puts a face and a story behind the brand.  Note that Cindi talks about her grandmother starting the company, her pride in being a 3rd generation president of the company and their ability to keep over 300 families employed.  That all tells a story.  It paints a very human picture and it’s that type of content within video marketing that will help improve brand visibility, awareness and credibility around their brand.

Video Marketing without a Face

What if you’re a company with a fictional character – does this type of video marketing work for you?  It can.  The outreach is the first component, so before you scoff at the concept of a fictional character reaching out to the public consider Colonel Tribune, the Chicago Tribune’s representative.  There are parties thrown for the colonel all around Chicago – even if he doesn’t show up.

It often does more good to put a face on your brand.  It makes it easier for people to connect with you.  With video marketing on the web, it’s now cheaper than ever to make that connection.  You don’t have to shell out a lot of money for a commercial on prime time television anymore.  Considering that YouTube is the second largest search engine (owned of course by Google), all it takes is a flip camera, a little editing and a YouTube account to get started.

Video Marketing without the Right Personality

It has to be said that not everyone has the right personality to be a face for their brand.  Not every president has the warm personality and outgoing nature needed to engage an audience – even if they are brilliant business men and women.

If that’s the case for your business, or you’re just not comfortable in front of the camera, then tap your employees.  You’re likely to find someone that is passionate about your products and services with just the right kind of personality spark.

If you’re concerned about the long-term effect of your video marketing campaign, I want you to keep something in mind.  When I was crafting this post I wanted a great example of a company putting a face to their brand through video.  I found this video – which dates back to early 2009.  Almost 3 years later I found their video and was impressed enough with their brand to share it.

When you boil it all down, that’s exactly how good video marketing is supposed to work – and it can work for your brand. 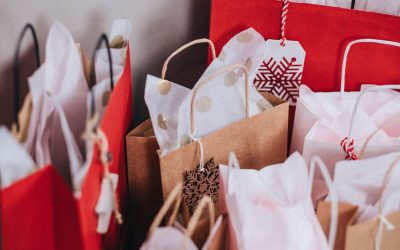